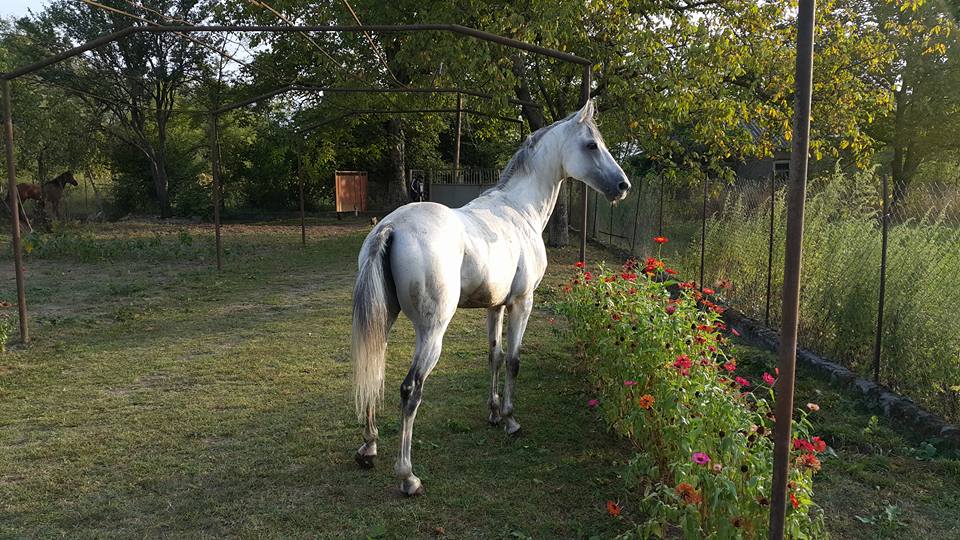 Pankisi has got a new horse called “Chanchkery” (Waterfall). The horse showed itself from the first day of coming, everyone could see its power and strength.

The history of this Arabian white horse begins from the day when a 20 years old boy from Pankisi called Baka Pareulidze bought it for 4,000 GEL. The information spread very fast among the horse owners, who are involved in the race. In 26 September the race was announced, called “Champion of Georgia”. It took place in Argokhy in Kakheti region.

The race season in Pankisi usually starts in spring and lasts till late autumn. The frequency of races is not clear. It depends on what kinds of activities have been planned by people and sometimes by organizations. In any cases the race is very popular in Pankisi and usually there are a lot of participants from the valley even if it takes place in another region of Georgia.

Youngsters usually train their horses and the preparatory work starts in advance. The owners of the horses get together every morning and evening at a distant place that is near the Alazani River and watch the horse training. Each of them is sure that his horse will be the winner. Every day people were preparing their horses for a big race. Everybody was working hard to get the name of owner “The fastest horse” in Georgia.

On preparing for the race “Chanchkery” (waterfall) was showing itself better and those who watched were saying that others had no chances.

The race contained two parts. First was a 6 kilometers run and the second 2 kilometers. 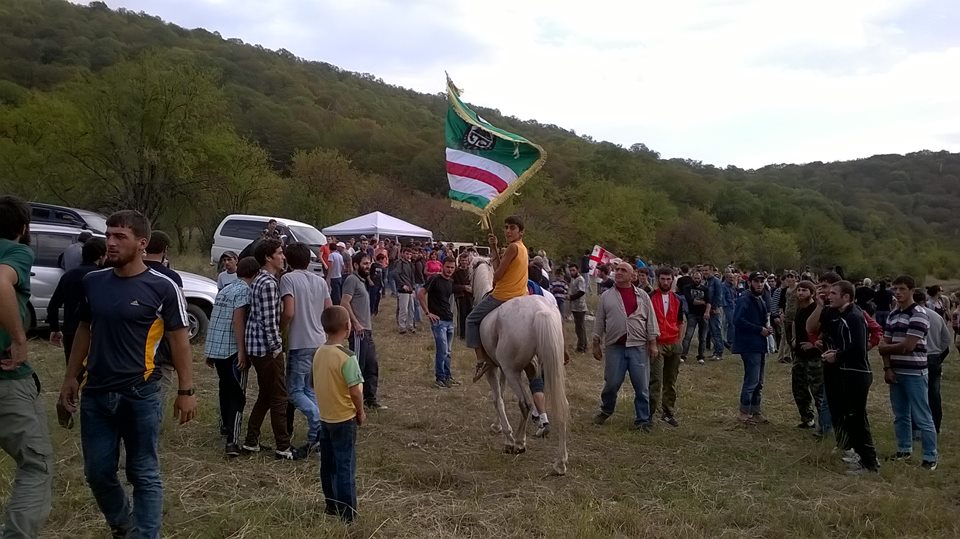 The prize for each distance was announced to be 500 GEL.

The first run was not so successful for “Chanchkery” (waterfall), because the rider could not control the horse, which was running too fast. The horse came first, but the rider tried not to lose control and the horse just went out from the road and fell down. The frightened horse ran away and the owner tried to catch it but it was too late. At the first, run the Arabian white horse could not win, but another horse from Pankisi was the winner and won the prize of 500 GEL.

The owners of “Chanchkery” (waterfall) could catch it 10 kilometers away in Laliskury and took back the horse. It had hurt its leg. People were hopelessly waiting for news about the frightened animal. After a few minutes, the horse appeared. The animal was really tired from a 20 kilometer run. When they caught the horse, they asked people in Argokhy not to begin the second race.

When it came, others were already going to start so”Chanchkery” (waterfall) had no time to rest. In spite of the fact that the horse was hurt and tired it could win, as if it was the first run. There was a big distance between it and other horses.

The hero got 500 GEL, Georgian flay and fame.

And that’s not all, if you want to see the champion of Georgia “Chanchkery” (waterfall) and the horse for the second position, visit Pankisi and see the race which will be held in Duisi on Sunday 11th October 13:00. It’s dedicated to those who had been killed in Lopota in 2012.