On 15th of October we RSF students had very interesting guests. Oliver Davy and Stephen Fabes from England have visited us. Both of them have graduated from universities. Stephen is a doctor and Oliver has studied languages. A common hobby united them. Both of them love traveling a 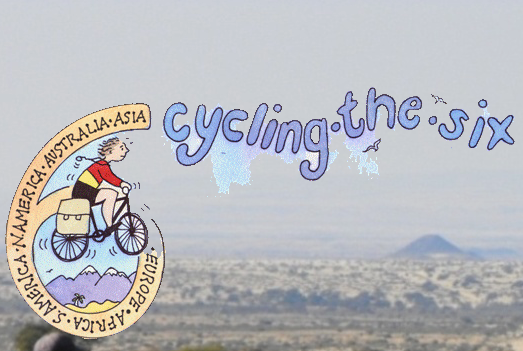 round the world by bicycle. The meeting with them was very interesting. As they’ve told us, they have seen many countries in the six continents. They have reached the farthest part of Africa or South America. They have seen Australia with its wildest nature. They showed us a lot of photos, taken in every part of the world. An enormous snake which they met was dangerous.

These were amazing… we’ve seen them camping on the frost, thick, more than 1m. The places, which were covered with ashes, left from eruption of volcanoes, or the ground covered with white salt or photos taken in the deserts or in the beautiful places of the world.

Though, both of them miss their families, they continue their journey and this time they’ve reached Pankisi, Georgia.

Their adventures in the different countries were so interesting that we didn’t want the meeting to finish.

They had a lot to tell about the people they’ve met from different countries and the places, they’ve seen with their own eyes, that we also wanted to join them and start journey by bicycles. Of course they have got difficulties, but they are happy and are going to explore more and more countries and places.

We all were impressed.

Thanks Oliver and Stephen for that interesting lecture. It was very nice to meet you.

P.S. Thank you from Vladimir Lozinski, the editor of the Pankisi Times. Your moment with the students opens their eyes to to the world.

Chanchkery: by Zeinabi Kavtarashvili Must parents be strict with their teenage children or not? by Diana Bordzikashvili