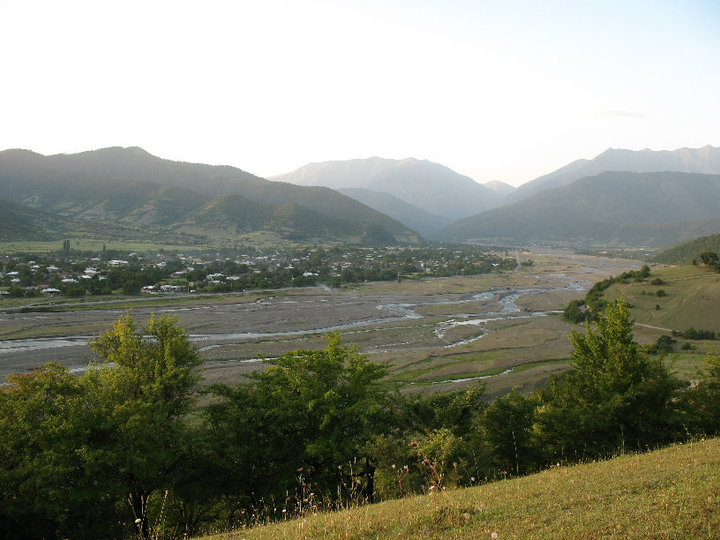 “It was summer. It was the second day I had come from Grozny.  I had holidays from University. I was on the second course studying medicine. Everything was beautiful.

I was with my parents, sisters and brothers again.

At midday a big noise made me look out from the window. A crowd of people were in our yard. All of them were old and honored men from our villages.

They had taken two big sheep. Some of them were killing them. I saw my father with the elders. His face was pale. He looked embarrassed. I wanted to go out and see what was happening but it wouldn’t be a respect to my father and old people to show myself.

Something unpleasant struck my head… Yes, it was true. I became engaged. Engaged with the boy whom I didn’t know. He was ten years older than me. They said he was a successful dentist, from a good family.

As I studied in Grozny, I didn’t know him. My mother told me that had asked my hand of my father several times. He had refused without my permission. And this time, they had taken the Gorge’s honored old people to ask my father. They knew that he couldn’t refuse the elders, as they were much respected.

A week later we had a wedding. I had to obey my father’s decision. I was ready to go even to death for my father’s respect. I understood that it wasn’t easy for him too.

I was taken to my husband’s house. A lot of people had gathered there. Music played, boys and girls danced. When it was our turn to dance together, I began dancing. I danced and danced without stopping. I danced with my husband, and didn’t want to stop. In our traditions it’s a bad habit. I didn’t remember myself. My husband had apparently understood that I was shocked and had asked my cousin to take me away from the dancing place.

That night, my cousin had stayed with because I was unconscious. When my cousin fell asleep, I ran from the window but, half way my husband caught me.

I’ve had a lot of happy days. I’ve got four children. All of them are happy and successful. After retiring doctor’s days, he has been a great relax for me now. I can’t consider myself without him.

He’s the greatest love in my life”.

CCA. The Center for Civil Activities: by Nika Tsikhesashvili ;Earth is being harmed by human activities: by  Marina Gaurgashvili