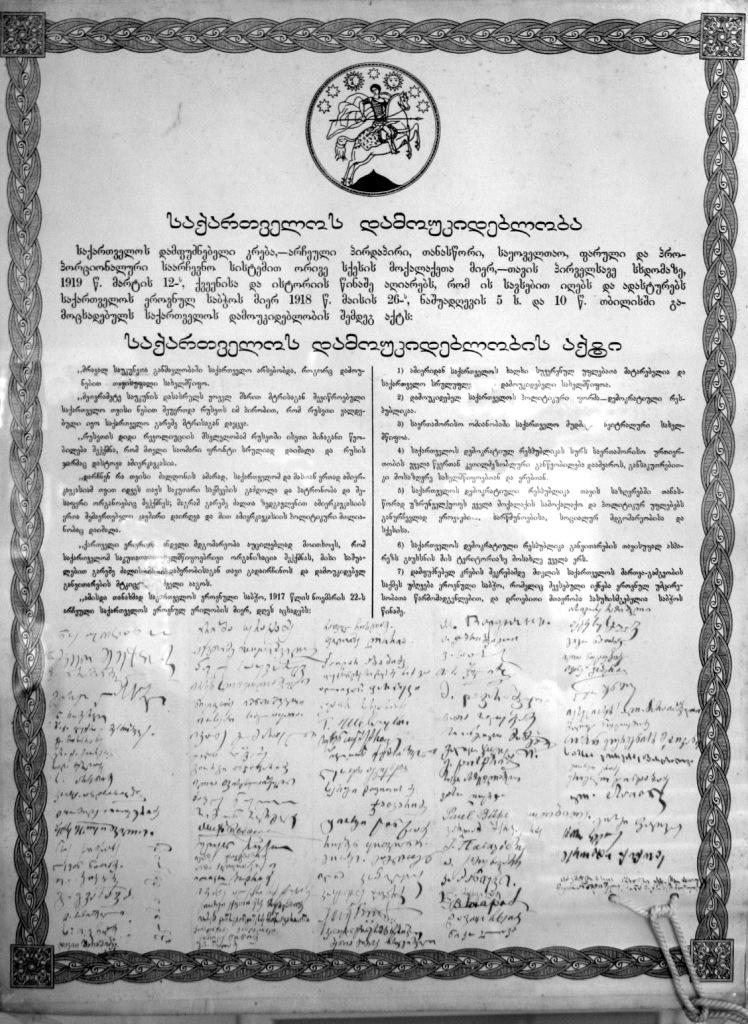 She was standing at the gate of Telavi Prison. She was a good-looking woman, about 25, trembling with cold and her eyes were full of tears. She couldn’t get any information about her husband, who had been taken by Bolsheviks three days ago.

What she waited for or for whom. She had to apply? She was so disappointed and unhappy the feeling of being lost in the enormous world made her cry bitterly.

Tears were falling from her eyes without stopping.

Her brother was calming her down but in vain.

At this moment the gate opened and a horse-vehicle came out and drove away. It carried something that was covered. And two soldiers on the vehicle. She ran to these men hoping to get some information from them. But she noticed a felt-cloak covering something. She recognized her hand-made felt cloak that belonged to her husband. She froze for a minute, but immediately she came around and ran after the vehicle, but it was too late.

Yes, it was him, Rostom Kavataridze.

There were legends told about his strength and braveness. They said that his chest was like steel and could carry a horse in his arms. No one could defeat him. But this time he was defeated and killed. They said that no one dared to enter the room to kill him and was shot from a window.

The shot him up to twenty times and dared to enter the room only the next day.

He was the only person who dared to help the famous leader and fighter for Georgia’s independence Kakutsa Cholokashvili and his fighters. It was 1922. They were surrounded by Russia soldiers and they had to leave the country. But it was difficult and dangerous for the people who would help them.

And this time Rostom helped them and took them safe to Chechnia. He came back home where a young beautiful wife and a baby daughter were waiting for him.

But it was the last night he spent with his family. The next day he was arrested.

The days and years flew away, but whenever I looked in my grandma’s eyes, they always were tearful, even though, she smiled.