I was excited and nervous. Why did she make this decision? But I loved her very much. Why didn’t she tell me that she didn’t love me during these months we have been engaged?

All our relatives had gathered in our house and there was really a big mess. The girl that I loved and whom I was engaged to left me and got married to someone else. All were discussing and talking about it. According to our traditions it was great shame if a girl treated you like this. Elders of our family wanted it to be solved by our traditional court.

But of course I felt insulted and wanted to take revenge. After several hours from hearing this bad new about her marriage, my friends visited me. They wanted to calm me down, but I was furious and didn’t want to hear anything. Then, when I calmed down, I decided to pay this girl in return and take her sister, who was only in 9th grade.
Years later I realized that I had made a mistake by getting engaged with the girl who had given her permission just to respect her parents. The girl I loved had married to someone else. I really didn’t want to make someone trouble, but at that time my mind was blocked and I married to her sister. Of course, her sister (my wife) was also frustrated but she and her family couldn’t do anything because everyone thought that their family member (the girl whom I was engaged) was guilty in everything. 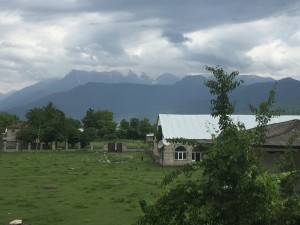 But years later, we got over this revenge, had good relationships with each other and continued life as usual. Now we all have happy families and I love my wife (sister of the girl whom I was engaged in the past) very much. We all look back on this story with a smile.

This man says that he really loves his wife, but were are the bits left from the love that he had lost years ago? It’s the question I couldn’t ask him.