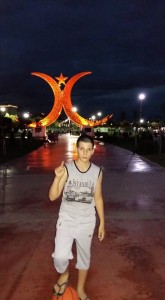 Hi, my name is Nika and today I will talk about my summer holidays. At first, I will tell you that my summer holidays were cool. Ok let’s start. At first I went to Marneuli where my aunt and cousin live. I spent in Marneuli six days and then took a ticket and went to Turkey. The trip was very boring and tiring but, in the bus there was TV on every seat and it had games, Facebook and other social sites. As I’ve said, the trip was very boring and tiring but when you look from bus window, the nature of Turkey was fascinating and astonishing. Yes, I’m not kidding you. It was really astonishing. So 18 hours trip ended and I visited my aunt and her family. I spent 15 days but I went on a really awesome attraction. I went to Dudaev’s Park and it is 2 kilometers long. I was going to the sea every day and it was very cool. I went to Marble Sea and I saw a lot of sea stars. I took a photo near the 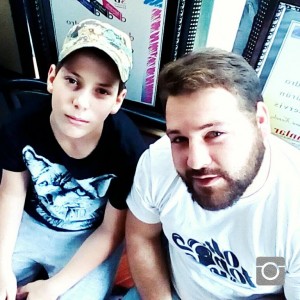 Muslim’s symbol: moon and star. I had a really good time. At my aunt’s home I had Wi-Fi. Its downloading speed was 7 mg in a second. And there was a Pc with 2 gb of video card 3 gb of ram and it wasn’t lagging in any game. And 102 centimeters PC screen. My uncle also told me how to earn money by using the Internet. So after 15 days I came back to Pankisi with new clothes that I have bought with the money I have earned. I’m very glad and I am proud of my mother because going to Turkey was her idea.