Some parents are very strict and some aren’t. A lot of people are complaining that they have problems with teenagers at school, in the streets and in their homes. Why? What or who is responsible for these problems?

The problem with this is that parents give their sons and daughters no cultural values.  In some countries when a teenager does something bad and their parents say something, the teenagers immediately says “My parents are really strict” or “My parents aren’t fair”.

In my opinion it’s better if parents will be strict, because I think that it’s very good when teenagers live with parents and families to believe in traditional discipline and cultural values.

I also think that parents mustn’t be very strict because it would be better if kids are glad with their parents but not frightened. 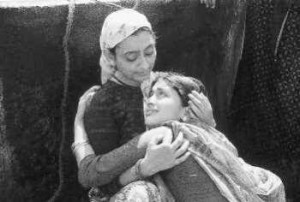