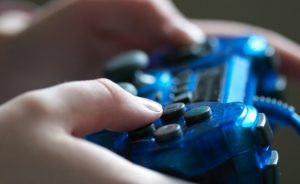 The 21th century is the century of technology. This century’s teenagers can’t imagine life without mobile phones, chats, computers and video games. Adults spend on average 53 hours communicating with media and technology. Teenagers spend more time in front of a computer screen than anything else. There are different considerations about this influence that affects adults. Negative moods are stamped from the older generation, mostly negative moods are about video games, but it has its pluses and let me tell the older generation about them.

To start with, computer games give us much information about history, for example “Assassin’s creed”, which tells us about controversy of Templars and Assassins. Also, we can study more about military tactics. Let’s not forget, that many gamers learnt languages with video games.

Another factor to consider is entertainment. Entertainment is the reason why games were created. What is better than playing with friends online? Also, gamers don’t need to go elsewhere to play and don’t need cigarettes or drugs, one cup of coffee is enough to save the world. Video games improve our logic and teamwork skills. In online games, it is important to make contact between gamers to plan and work together for victory.

Finally, you notice that every gamer instantly notices the enemy on screen. The gamer’s reaction is improving while he is playing, so the gamer easily finds a solution from danger.

The greatest wealth is education: by Makka Khangoshvili and Mariam Margoshvili Education Power: by Madina Mutoshvili