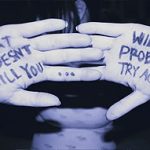 At first if you don’t succeed, try and try again. Then quit. There is no point in being a damn fool about it.

Sometimes people are saying. “I am failure” or “I’ve never been able to pass my exams”, but it’s not true. You can do it. Just be more positive, and just want it. I was speaking like this two month ago because I didn’t pass on my Olympic tests. I was so bored and existed, than my mother told me to be patient and to keep trying. She said. “If at first you don’t succeed try again”. Then later I recognized that she was right.

Now, I am more positive and I am trying harder. So, what about failures like me? If at first you don’t succeed, try again.