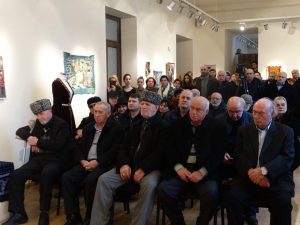 On February 23rd, Vainakh people (Chechen-Ingushs) celebrate “The deportation day of Vainakh Nation” in many European countries as well as in Georgia.

February 23rd is a tragic and traumatic day for the whole Vainakh people. About 74 years ago, on February 23, 1944, by the order of Joseph Stalin, the leader of the Soviet Union, a half million Chechen and Ingush population were deported to Central Asia and Siberia. They were transported by freight trains. Those who resisted or walked too slow were shot on the spot. Ones who stayed in their villages, were locked in stables

and burned to death. Also, many people died on their way to Siberia, they were being transported in severe conditions, without warm clothes, food or water. Russian soldiers were throwing dead bodies from the trains. Moreover, in Siberia they were forced to live on vast snowy territory without any buildings or vegetation. They faced death of cold and starvation. Though the nation started to struggle for surviving, they made huts and temporary places to defend themselves from rain and snow. After several years the survivors returned back to their motherland, some with their children born in Siberia. 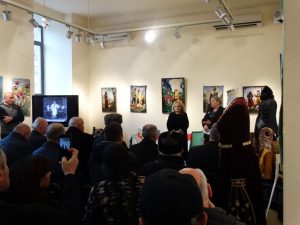 The reason for deportation was that the Soviet Union blamed them for collaboration with German fascists. But it was deceptive. In fact Vainakh people fought for independence and never obeyed Russians. So the real reason for the deportation was wiping out of Vainakh nation because the leaders of Russia have known that Vainakhs will never adapt to losing their independence.

On February 26, 2004 the Parliament of the European Union adopted a declaration that recognized Stalin’s deportation of the Vainakh Nation as genocide.

Chechen people have a saying:

“We will not cry!

We will not forget!

We will not forgive!”

And every year on February 23rd, these words sound on the assembly of remembering the deportation day.