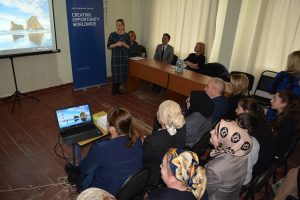 Humans have developed for thousands of years. Since that time we have made very big progress in all kind of directions.

Nowadays everything is so different that we can’t compare it to the first time. Humans have developed and developed the world.

Studying and looking for new issues made this world as today it is.

The fact that education is one of the most important things, is known to every human, but unfortunately there are also some undeveloped places where in 21st century, education is not available. The reason may be poverty, religion and traditions.

Malala Yousafzai was shot in the head by a Taliban gunman in 2012 for demanding that girls get an education, the Taliban in Pakistan and demanded that girls be allowed to receive an education. She survived and went on to receive the Nobel Peace Prize.

She was a victim of deceitful views of religion and is a perfect example for all of us.

Despite threats she never gave up going to school and refused to keep silent when a band of terrorists occupied her town and do not allowed girls to go to school.

In spite of this, she fought for her right of education and she won this battle.

Like her, in the world there are almost 60 million children, who are not able to go to school because of different problems.

This is not the problem which will be solved by one or two people. We all must work together to win this enormous war.